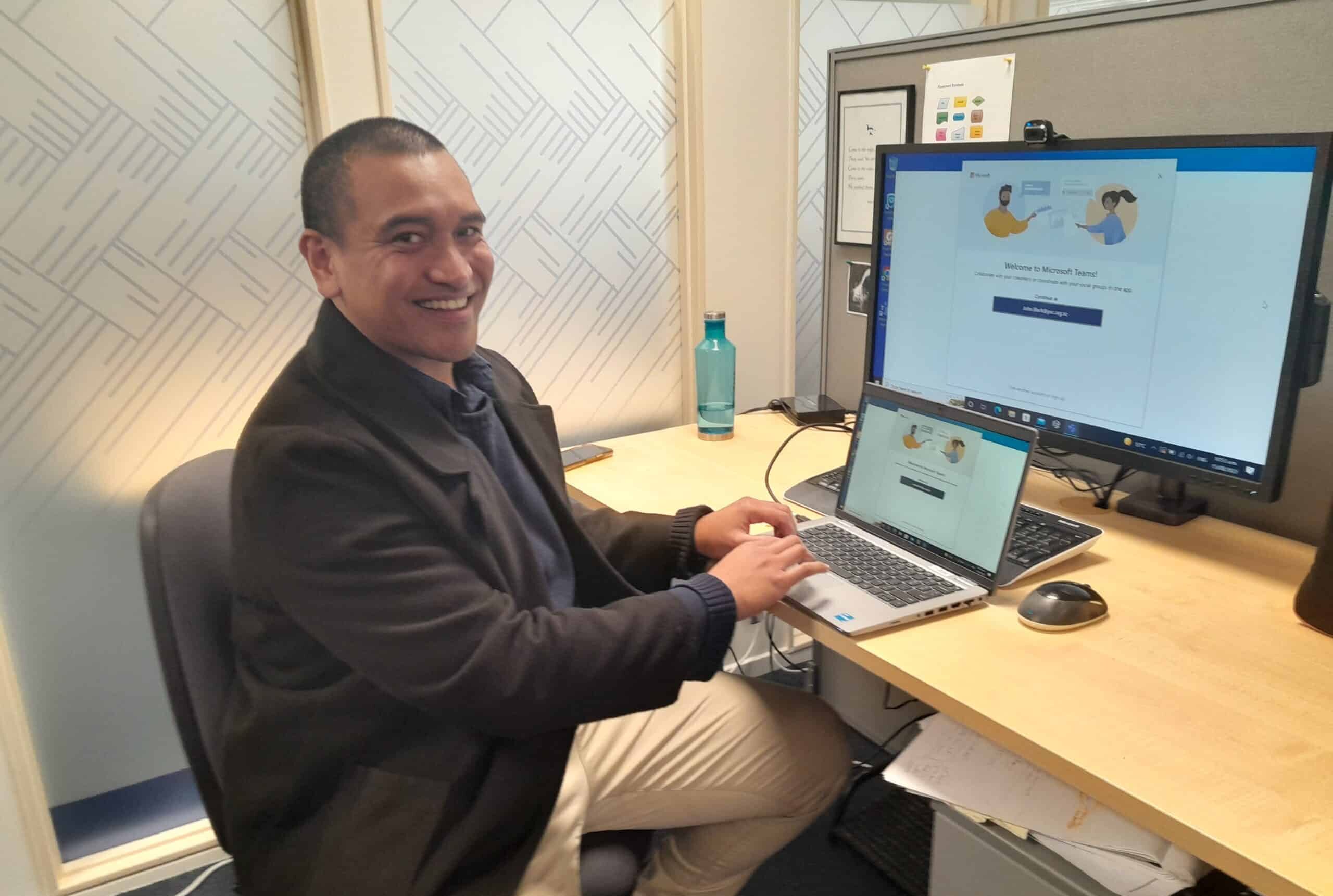 Starting work as an IT Support Engineer for Presbyterian Support Central (PSC) was a new chapter for Kenape Saupese, after a decade in the chart-toping band Tomorrow People.

Kenape has been with PSC for just over a year, after leaving the band to have more time for his wife and young daughter.

He was the lead singer of Tomorrow People, whose 2012 album One, went to number one on the NZ Album Charts and stayed in the top 20 for 45 weeks. Its 2015 album Bass & Bassinets and 2018 album BBQ Reggae also went to number one.

Playing in the band offered him great opportunities, such as traveling overseas and performing at several large music festivals, but it was also hard as a family man. He was touring 40 weeks of the year, working in the studio into the early hours of the morning, and still needed to make time for his day job and family.

He says he parted with the band on good terms and saw his new job at PSC as a way to close a chapter, focus on his career, and be full invested in what he did at work.

“Life changes, your priorities change, and I feel like PSC was an avenue for me to change my outlook on life. When I was in the band I didn’t care much about work because I had music in the weekend, work was just a way to make money.”

His new role has a lot of variety – it sees him working with and supporting several IT systems. Working on Wi-Fi connections, nurse call buttons, tablets that hold medical information, and setting up new staff with technology, are just some examples of what a day might bring.

IT is a vital tool for all businesses and Kenape strives to help people become more comfortable using it.

“IT is scary to some people, and I want to try and educate our people that it is not as scary as you think. There are things we can help teach people to feel a little bit more confident in using their systems.”

He also enjoys the problem-solving aspects of the role. He is exposed to new things all the time, which means there is always more to learn.

Working as part of a team is another important part of the role, and he says the IT team are down to earth, go over and beyond for their colleagues, and are passionate about what they do.

“That is a big part of what makes me want to come to work, seeing them being so passionate about what they do.” 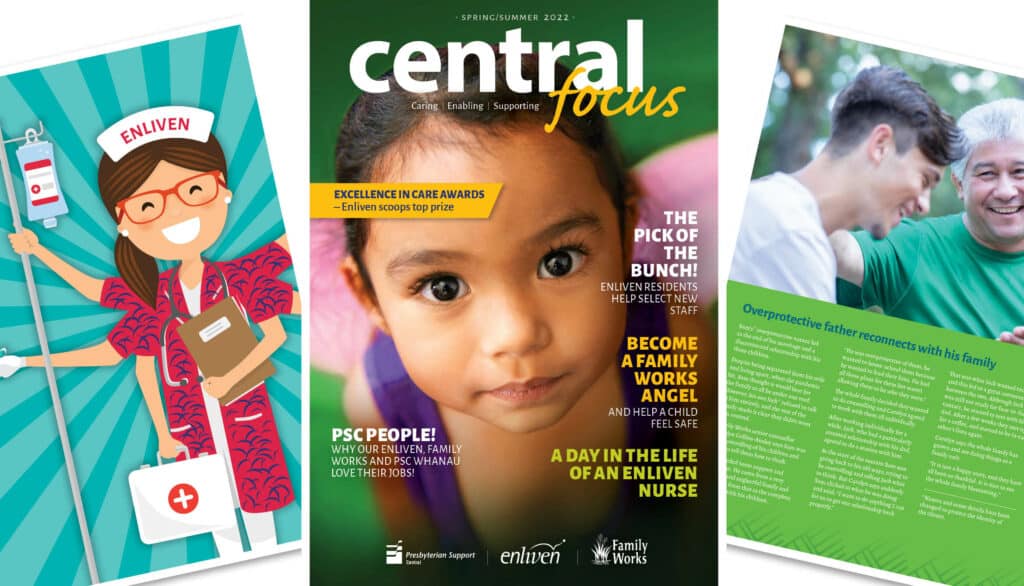 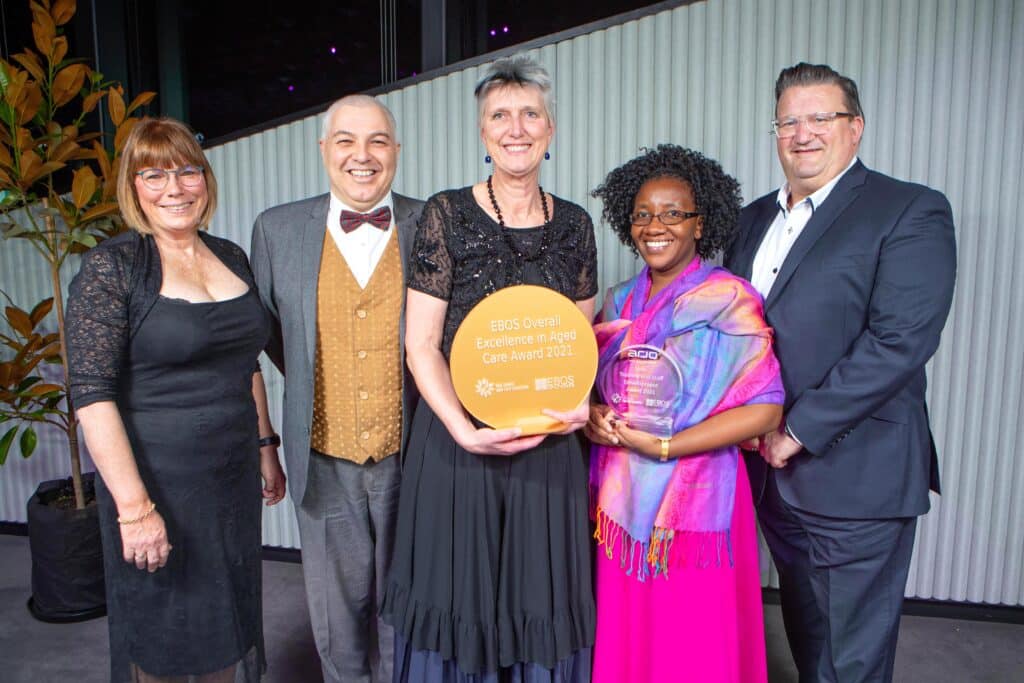 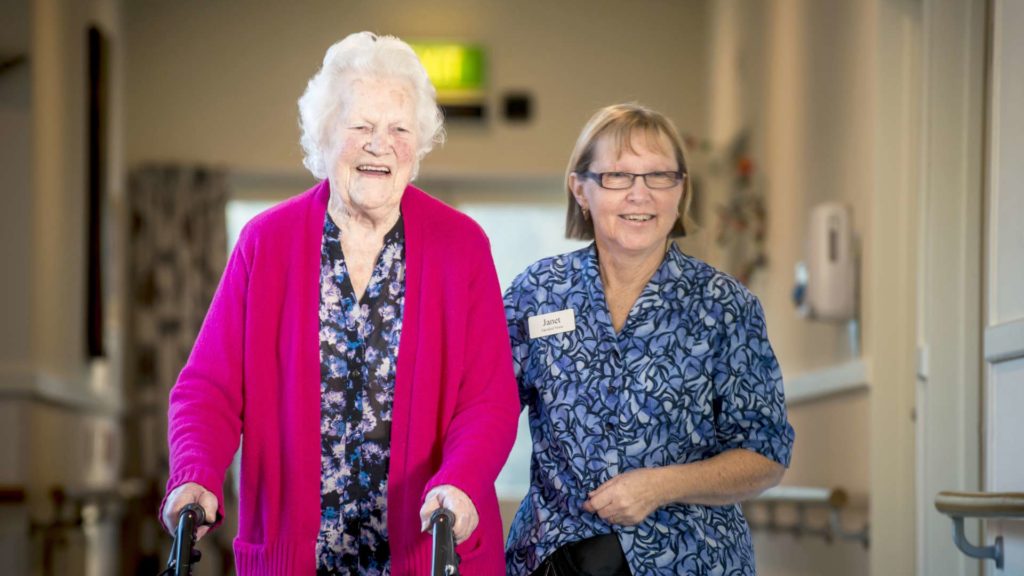